What’s the Difference Between Alzheimer’s and Dementia? 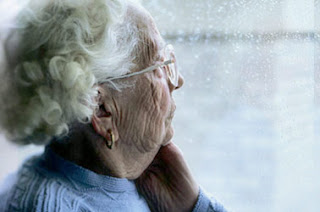 What is the difference between Alzheimer’s disease and dementia?
“Dementia” is a term that has replaced a more out-of-date word, “senility,” to refer to cognitive changes with advanced age.

Dementia includes a group of symptoms, the most prominent of which is memory difficulty with additional problems in at least one other area of cognitive functioning, including language, attention, problem solving, spatial skills, judgment, planning, or organization. These cognitive problems are a noticeable change compared to the person’s cognitive functioning earlier in life and are severe enough to get in the way of normal daily living, such as social and occupational activities.

A good analogy to the term dementia is “fever.” Fever refers to an elevated temperature, indicating that a person is sick. But it does not give any information about what is causing the sickness. In the same way, dementia means that there is something wrong with a person’s brain, but it does not provide any information about what is causing the memory or cognitive difficulties. Dementia is not a disease; it is the clinical presentation or symptoms of a disease.

There are many possible causes of dementia. Some causes are reversible, such as certain thyroid conditions or vitamin deficiencies. If these underlying problems are identified and treated, then the dementia reverses and the person can return to normal functioning.

However, most causes of dementia are not reversible. Rather, they are degenerative diseases of the brain that get worse over time. The most common cause of dementia is AD, accounting for as many as 70-80% of all cases of dementia.

Approximately 5.3 million Americans currently live with AD. As people get older, the prevalence of AD increases, with approximately 50% of people age 85 and older having the disease.

It is important to note, however, that although AD is extremely common in later years of life, it is not part of normal aging. For that matter, dementia is not part of normal aging. If someone has dementia (due to whatever underlying cause), it represents an important problem in need of appropriate diagnosis and treatment by a well-trained healthcare provider who specializes in degenerative
diseases.

In a nutshell, dementia is a symptom, and AD is the cause of the symptom.

When someone is told they have dementia, it means that they have significant memory problems as well as other cognitive difficulties, and that these problems are severe enough to get in the way of daily living.

Most of the time, dementia is caused by the specific brain disease, AD. However, some uncommon degenerative causes of dementia include vascular dementia (also referred to as multi-infarct dementia), frontotemporal dementia, Lewy Body disease, and chronic traumatic encephalopathy.

Contrary to what some people may think, dementia is not a less severe problem, with AD being a more severe problem. There is not a continuum with dementia on one side and AD at the extreme. Rather, there can be early or mild stages of AD, which then progress to moderate and severe stages of the disease.

One reason for the confusion about dementia and AD is that it is not possible to diagnose AD with 100% accuracy while someone is alive. Rather, AD can only truly be diagnosed after death, upon autopsy when the brain tissue is carefully examined by a specialized doctor referred to as a neuropathologist.

During life, a patient can be diagnosed with “probable AD.” This term is used by doctors and researchers to indicate that, based on the person’s symptoms, the course of the symptoms, and the results of various tests, it is very likely that the person will show pathological features of AD when the brain tissue is examined following death.

This contribution was made by Dr. Robert Stern, Director of the BU ADC Clinical Core.
Source BU ADC Bulletin