What Can People with Early-Stage Alzheimer’s Due? 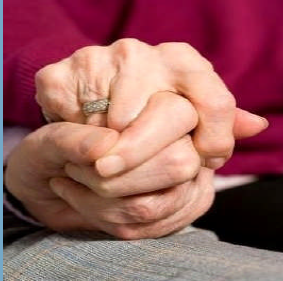 Early-onset Alzheimer’s is an uncommon form of dementia that strikes people younger than age 65. Glenn Smith, Ph.D., a neuropsychologist at Mayo Clinic, Rochester, Minn., answers questions about this condition.

How Common is Early Onset Alzheimer’s?

Of all the people who have Alzheimer’s disease, only about 5 percent develop symptoms before age 65. So if 4 million Americans have Alzheimer’s, at least 200,000 people have the early-onset form of the disease. Early-onset Alzheimer’s has been known to develop between ages 30 and 40, but that’s very uncommon. It’s more common to see someone in his or her 50s who has the disease.

These three genes are different from the APOE gene — the gene that can increase your risk of Alzheimer’s in general. The genetic path of inheritance is much stronger in early-onset Alzheimer’s. If you have a genetic mutation in one of those three genes — the APP, PSEN 1 or PSEN 2 — it would be common for you to develop Alzheimer’s before age 65.

If early-onset Alzheimer’s runs in my family, should I get tested for it?
That’s a personal decision that only you can make. Anyone who’s considering it should pursue genetic counseling — to examine the pros and cons beforehand. For example, it may be helpful to consider how a positive test may affect your eligibility for long term care, disability and life insurance. On the other hand, if you know you carry a form of the early-onset genes, you may be able to take steps to make it easier for you and your loved ones to cope with the effects of the disease.

Does early-onset Alzheimer’s progress at a faster rate?
There’s a perception that it does, but it’s not backed up by hard data. It depends on what endpoint you’re using in your measurement. If your endpoint is admission to a nursing home, that may occur earlier for the early-onset group — but only because their spouses or partners have so many other things on their plates.

Fortunately, resources are available to support people with Alzheimer’s to care for themselves and function on their own as long as possible. Many resources are also available for caregivers — support that can be essential when dealing with early-onset Alzheimer’s.

How important is it to obtain an accurate diagnosis?

Accurate diagnosis is critical so that you can explain your condition to your employer and perhaps arrange a lighter workload or more convenient schedule. For family reasons it is even more crucial. The diagnosis is fundamental in helping the family respond with appropriate understanding and compassion. In addition, a complete evaluation will rule out reversible forms of dementia that might improve with treatment.